Play for free also on www.konkr.io

Konkr.io is a deceptively simple yet surprisingly deep strategy game, inspired by the brilliant simplicity of Sean O'Connor's Slay.

Expand your kingdom, build up your economy, crush your enemies, then crush your allies too!

Agreed, it was too hard for such an early level and not that interesting in terms of strategy options. Just gave it a major overhaul in the newest update!

Had a much easier flow this time, and lil ol grey no longer had such a massive early advantage

Is there any difference between this and Slay! ?

The game is totally an attempt to make my own preffered variant of Slay!, a game that has been my addiction for years :). So while it's quite faithful to it's core formula,  there's a number of subtle but impactful differences that I found make the game more fun for me. Hopefully this also makes it interesting even for Slay! veterans:

Going forward, I hope another difference will be that this game will have a lot more interesting hand-crafted content (campaings, alternate modes etc.) and even better AI (though I will admit Slay! is not easy to beat in that aspect!), but time will tell :).

Very cool, I used to be a huge Slay! player, haven't played it in a while though. I'm enjoying your game a lot so far.

this is so good! 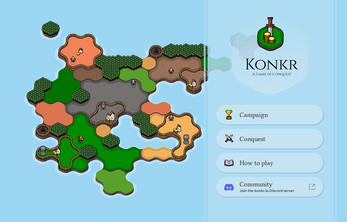 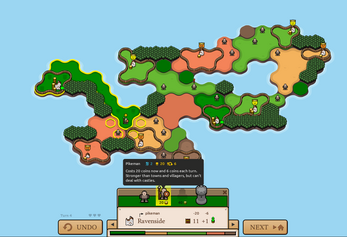 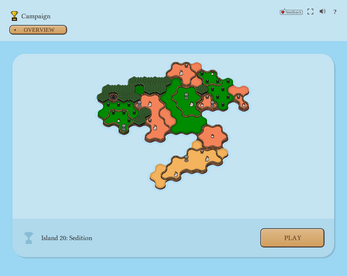 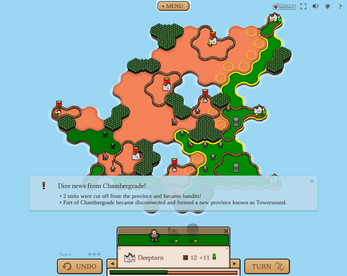 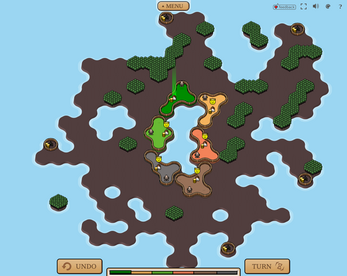